In the 1950s and 60s, the US government established The Performance Rating, Incentive Awards, and Salary Reform Acts, which led to the employee rating systems and pay-for-performance models common today.

The performance review process has evolved over the years. Some of these changes have been good, some not so good, and the debate over the best path forward is ongoing.

Leaders are rethinking performance management, shifting away from the traditional review process, and moving toward a human-centered approach, with a focus on continuous feedback, engagement, and alignment. As more companies head in this direction, the more bias threatens to interfere with the performance review process.

How bias interferes with performance reviews

Everyone suffers from bias, unconscious or conscious; it's a part of human nature. Bias is inherent. Built into your brain, it causes you to make connections based on personal tendencies and individual experiences. These snap judgments override your good intentions to remain objective.

"The vast majority of human decisions are based on biases, beliefs, and intuition, not facts or logic."

8 types of bias in performance reviews

According to a report by the Center for WorkLife Law, women, people of color, people with disabilities, older employees, the LGBTQ+ community, and first-time employees are the groups most often stereotyped as less competent in the performance review process.

Bias diminishes the objectivity you need to assess and rate employees. It threatens to compromise the performance evaluation process. The outcome negatively impacts pay and promotion opportunities for certain groups of people.

Here are eight common biases to watch out for during performance reviews:

Also known as "What Have You Done Lately?", this bias occurs when your focus is on the most recent behavior over the past few weeks versus looking at the full evaluation period.

Also known as "First Impression = Last Impression", this occurs when the information you retain is based on what you learned first about working with your employee.

The Halo and Horns Effect

This common bias is when you allow one good (halo) or bad (horns) characteristic of someone to eclipse everything else about their performance.

Also known as "Out of Sight Out of Mind", this is your instinct to favor and prioritize people who are closer to you than those who work in a different location or have different hours than yours. This bias is particularly relevant during a time such as now when remote work is prevalent.

Simply put, this is when you have a preference for one gender over another—whether consciously or unconsciously. An example of this is when you focus on the personality and attitudes of women versus the accomplishments and behaviors of men.

This bias is when you rate someone lower (severity) or higher (leniency) than they deserve.

This tendency causes you to rate everyone in the middle, which can negatively impact those who deserve to be rated at a higher level.

This bias occurs when you evaluate employee skills relevant to your level of the same skill.

Bias is not easy to remove, but research shows it is easy to interrupt. Try these five Bias Interrupter tips from Harvard Business Review to help you mitigate bias in your next performance review:

Research shows that high-performing organizations are 2.6 times more likely to have their performance evaluations perceived as fair than lower-performing organizations. Conscious action in eliminating bias from your performance review process will result in fairer and more inclusive talent management and promotion outcomes, as well as a happier and more productive workforce.

6 Skills for Leading Through Disruption

With the spread of COVID-19 and the economic and social shifts we’re all experiencing in its wake, learning how to lead through disruption is more important than ever. As our situations change, so... 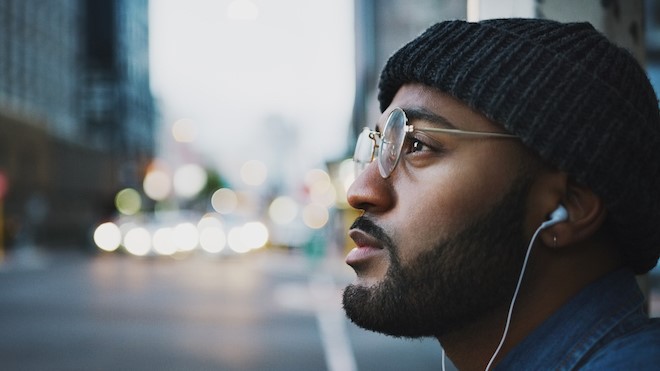 eBook: The Importance of Building Resilience for Times of Crisis

The current global crisis affects not only our employees’ professional lives, but has engulfed their personal lives, leaving many to struggle to adapt.  In this free ebook, you'll learn what sets...