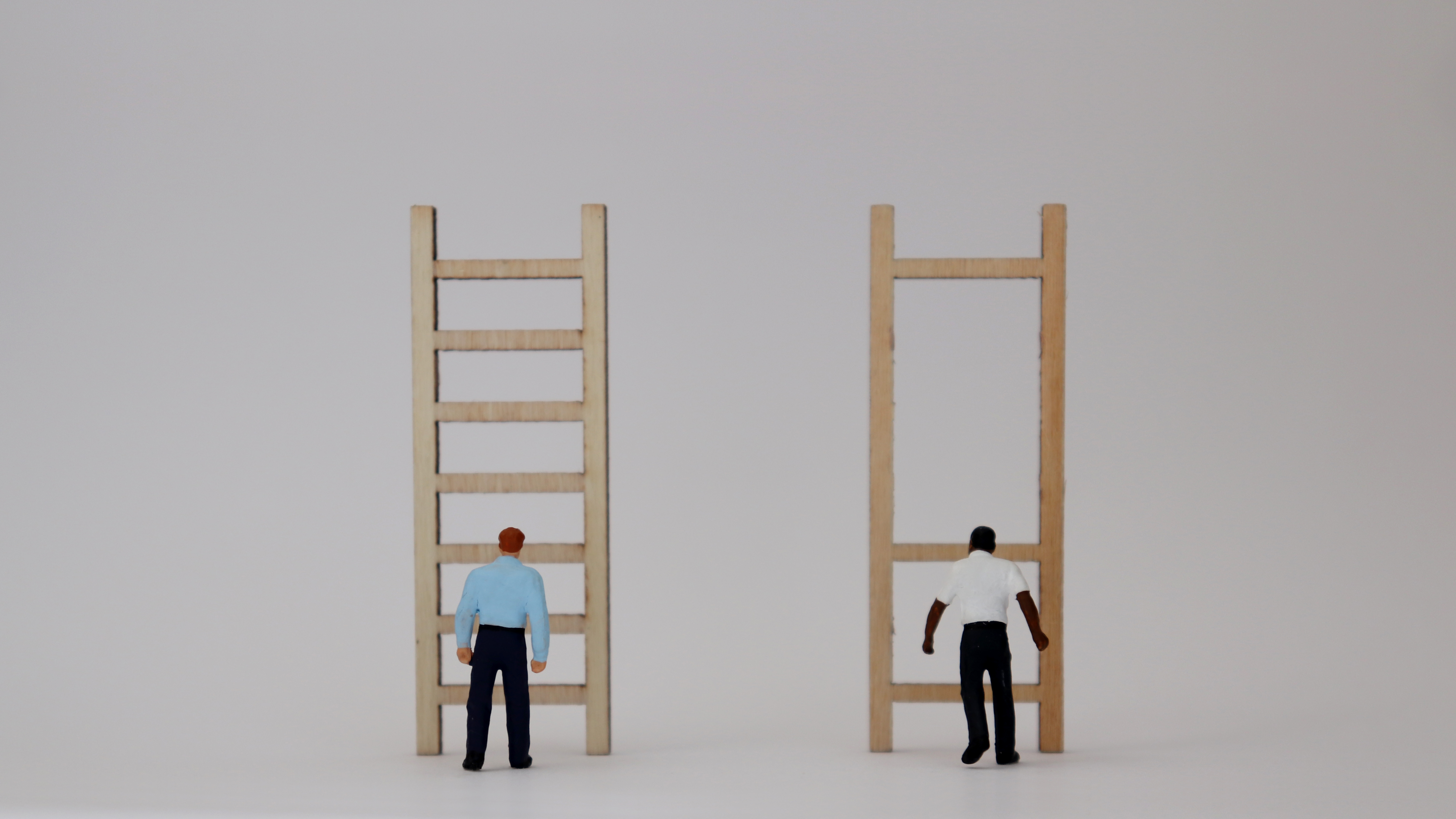 What is systemic racism?

To define racism, we must step back to define what it is not. It is not (just) prejudice. Racial prejudice is a belief that certain types of people are inherently better than other types of people, based on their skin color. Racism is when that belief is widespread and built into the way that we live and interact with one another. It is inherently systemic.

As Ibram X. Kendi explains, this means that racial inequity is perpetuated by “written and unwritten laws, rules, procedures, processes, regulations, and guidelines that govern people.”

A historical context is important here. American wealth was built on colonization and slavery. These generated enormous amounts of resources, which benefited the European colonizers. They used that wealth as they created businesses, government, and other social systems designed to perpetuate the flow of resources in their direction.

This pattern still lingers in our workplaces, both legally (such as workplace protection loopholes designed to exclude people of color) and informally (such as appearance and cultural norms). It impacts all workplaces, even those we think of as creative or groundbreaking. This is why today’s tech giants, once renowned for innovation as startups, ended up with the same glaring inequities as other “old money” industries, such as finance. They were not exempt from this heritage.

Systemic racism in the workplace

What does systemic racism in the workplace look like? Let’s look at three main areas where racism emerges at work.

Many modern-day workplace policies carry legacies that favor those who originally designed the workplace: white, middle to upper class men. For example, it’s common for professional workplaces to have dress codes that favor European-style clothing (such as suits) and hairstyles, while natural hair, locs, and braids are often discouraged or banned. As another example, consider your company’s hiring trends. Many workplaces have long-standing recruiting relationships with universities that are predominantly white institutions (PWIs), creating an imbalance from the beginning. Policies such as pay secrecy also benefit those in the inner circle and leadership, who are significantly more likely to be white.

Workplace culture is another area where systemic racism emerges. Day-to-day interactions and operations often seem mundane, but can cumulate in serious inequities. It is well documented that people of color, especially Black individuals, often must “code switch” to succeed at work. This means they must adjust their behavior, appearance, and language to fit in with the dominant culture. As you can imagine, this is known to be exhausting, and can cause distress.

Racial bias occurs when our brain has picked up patterns and beliefs about people based on their race, and perpetuates those patterns through our individual actions, decisions, and mindset. Bias can be conscious or unconscious (also called implicit). This emerges at work in a myriad of ways. One common manifestation is the “prove it again” bias. This means we’re more likely to assume the competence of white people and men. In contrast, people of color and women are more often asked to prove their skills and experience over and over again, especially for leadership and technical roles.

How can we work towards an anti-racist workplace?

The first step is to acknowledge that there is no miracle solution. Working on anti-racism is a life-long journey, not a destination. Here are a few places to start:

Educate yourself and your organization

Whether you prefer books, podcasts, webinars, training, or online learning, there are countless resources to begin. If you’re white, it can be tempting to ask colleagues of color to educate you, but this can be triggering and exhausting for them. Instead, start by doing your own research. Education also means listening to employees. Consider a diversity, equity, and inclusion audit or an optional, confidential survey to give employees a safe way to share feedback about their experiences at work.

There are countless ways to approach anti-racism at work, but we’ll share a few examples here. Ideally, one or more company executives will act as sponsors, and implement a multi-year strategy. If you don’t have this yet, there are other steps to take as well. For example, you could create a hub of anti-racist learning materials and make this available to all employees. Be sure to empower your staff with learning, which demonstrates that the company values this work. You could also implement an anonymous hotline where employees can report bias or harassment. Or, you may consider building company guidelines around using inclusive language and reducing microaggressions. For those working in talent development, explore how anti-racist training could be integrated into onboarding, management coaching, and promotion requirements. Whatever you choose, don’t forget to continue educating yourself along the way.

Individual contributors: Identify and act on specific ways you can create change

After you’ve had a chance to start learning, pinpoint 1-5 areas where you have the power to create change. For example, you may explore reducing bias in algorithms if you’re a software engineer, designing inclusive conferences if you’re an event planner, or introducing inclusive moderation tools if you run meetings. You can also create changes that are not role-specific, such as starting an Employee Resource Group (ERG) for colleagues of similar backgrounds. While ERGs generally do need management approval, they are often initially created by one or two motivated employees. If you go this route, advocate for company resources, such as staff time and a budget to cover expenses.

Hold yourself and your team accountable

Ongoing self-reflection is critical. If you are a white ally, be particularly mindful of your behavior, since this is an area where you do not have lived experience. Step into this work knowing that you will make mistakes. That’s okay. Be wary of confirmation bias, which occurs when we seek out evidence that aligns with our beliefs. Instead, invite critical feedback, and when you get it, treat it as a treasure.

Throughout this process, remember that anti-racist work begins and ends with ourselves. While true change requires a remaking of our social systems, that cannot be done without educating and evolving our own mindsets. To build long-term motivation, consider your “why.” What beautiful future do you envision? What changes can you see? When the going gets tough (which it will), come back to those motivators, and keep putting one foot in front of the other. 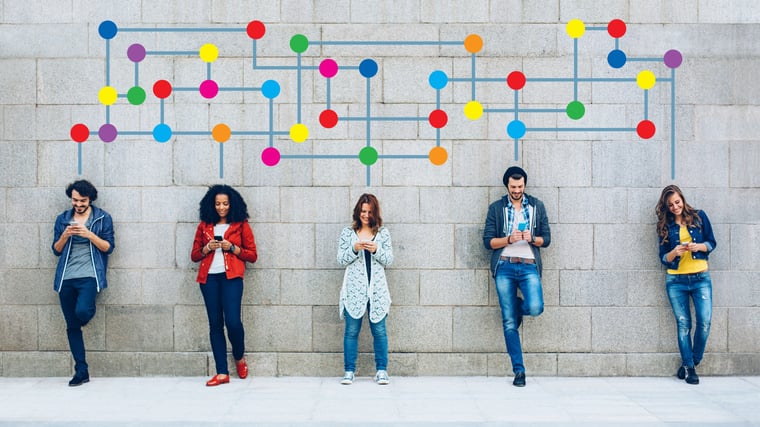 Many companies are ready to build or modernize their Diversity, Equity, and Inclusion (DEI) learning initiatives, but are missing the main ingredient: the content. Luckily, if you have a learning... 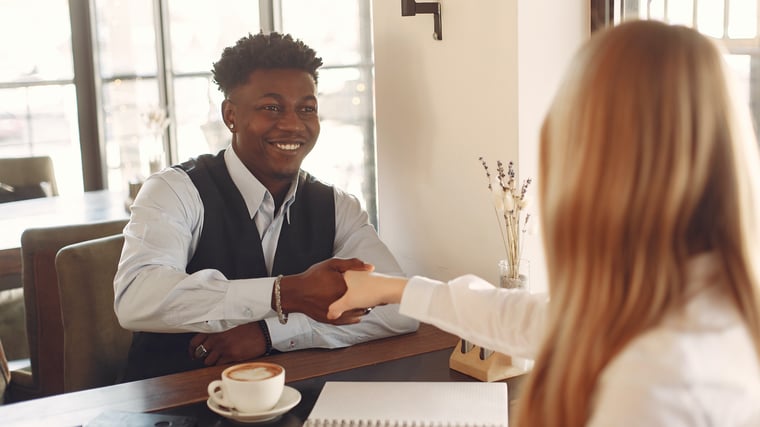 As businesses around the world work toward supporting inclusion and diversity initiatives, they’re discovering that building an inclusive culture starts with ensuring they have a diverse employee...