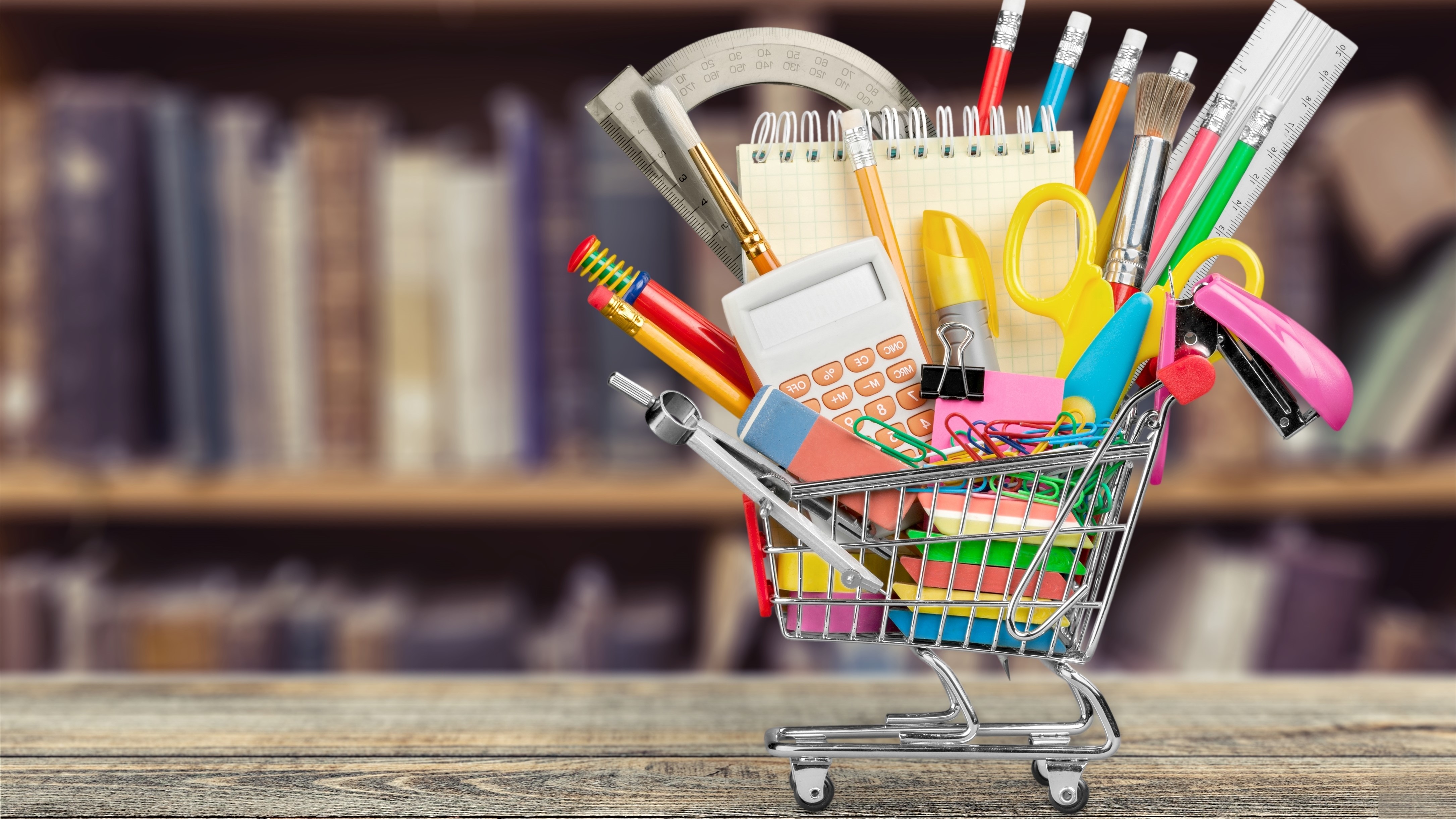 Women have always been contributors to family, community, and society, but they haven’t always been paid for their labor. This began to change during the 19th and 20th centuries. More women began to enter the paid workforce, both as laborers and in low-paying clerical roles, especially when fewer men were available during wartime. This trend continued during peacetime because companies realized they could save money by hiring women, who (in most countries) they could legally pay less. These clerical jobs were usually not ones with significant power, high wages, or promotion opportunities—those were still reserved for men.

Until the latter part of the 20th century, in many countries “acceptable” paid roles for women included secretaries, teachers, nurses, librarians, and social workers. All involved helping others, and many included significant clerical work.

What is Office Housework?

While today’s professional workplaces seem lightyears away from historical norms including caretaking tasks being assigned to less privileged people, it would be a mistake to assume that these patterns - and the unconscious bias they're linked to - no longer exist. Today, people of color continue to disproportionately hold service roles. Globally, women are significantly more likely to hold lower-paying clerical, service, or “helping” roles compared to men. Recent studies have also found that women and people of color are more often tasked with low-value work such as cleaning up, taking notes, scheduling, and ordering supplies. Tasks that, while critical to a well-functioning team, were not linked to promotion or other recognition. These types of tasks are known as “office housework.”

What is Glamour Work?

In contrast, tasks and assignments that are linked to promotion are called “glamour work.” These are usually high-visibility tasks, such as stretch assignments, presentations to leadership, leading high-value contracts, and so on. These are more likely to be assigned to men and white employees. This is not insignificant. This is one mechanism in the internal talent pipeline that contributes to the overwhelmingly white and male demographics of leadership positions.

Tips for reducing this imbalance in your own workplace

Let’s look at a few ways managers, allies, and employees can more equitably divide up office housework to reduce this imbalance.

What can managers do?

Be intentional about task division. Clearly define the glamour tasks and the office housework for your team. Then, create a rotation schedule or another system to divide office housework up fairly. Include task planning, tracking, and enforcement as part of your plan.

Don’t allow team members to opt out or do a sloppy job. You may hear comments like “I’m just not very good at note taking.” Explain that this is their time to learn and these tasks are required. Provide training and accommodations if needed.

Work towards transparency. If you have a system for distributing high-value tasks, make sure that everyone is aware of this system. Lopsided information flow can also feed into inequitable task division.

Track the division of glamour work. Consider what types of accomplishments are rewarded in actuality (not just on paper) and if promotion practices need a refresh. If you discover inequities along the way, fix them.

What can allies do?

If you are part of a more privileged group (such as men), offer to do office housework. It’s not exciting, but this can make a big difference. This might first require you to spend time identifying the office housework. The tricky thing about privilege is that it’s often hard to see by those who hold it.

Call out and offer solutions when you see inequities. For example, you could say something like: “I noticed that Juanita often ends up ordering supplies. Maybe we should share that. I can take a turn. I don’t think Austin has ordered them either, maybe he could go next.”

If you get assigned a high-value task, ask about how those decisions are made, and whether everyone on the team understands that decision-making.

Lastly, don’t expect praise or recognition. If you’re someone who holds a lot of privilege, you’ve likely had a lighter load of office housework throughout your career, even if you weren’t aware of it. Consider this your opportunity to make that right.

What can you do if you’re tasked with too much office housework?

Don’t volunteer to do office housework, especially if you’re in a new role. Patterns tend to stick, and you don’t want to set precedent that you’ll always take on the low-value tasks. This may not always be possible, as research shows that women and people of color are more likely than their counterparts to face social penalties if they don’t volunteer. This is part of what researchers have called the tightrope bias, where women and people of color have a very small range of behaviors that are accepted in the workplace.

Track your low-value and high-value tasks. Consider keeping a daily or weekly log, spending a few minutes to jot down what you did. Are you finding an imbalance? Reach out to your manager and ask why you’re being assigned tasks in that pattern. Explain why you’ll succeed at the glamour tasks you would like more of, and how taking on a disproportionate amount of office housework is impacting you.

If you can, find support in an ally. This can be someone who steps in to mitigate when they see a task imbalance emerging, or who simply volunteers on your behalf for office housework. Allies can be especially helpful if your manager isn’t willing to work with you.

Like many DEI topics, the imbalance of glamour work versus housework often falls into the category of “we don’t know what we don’t know.” But luckily, with awareness comes the ability to create change and re-balance inequities in the workplace. 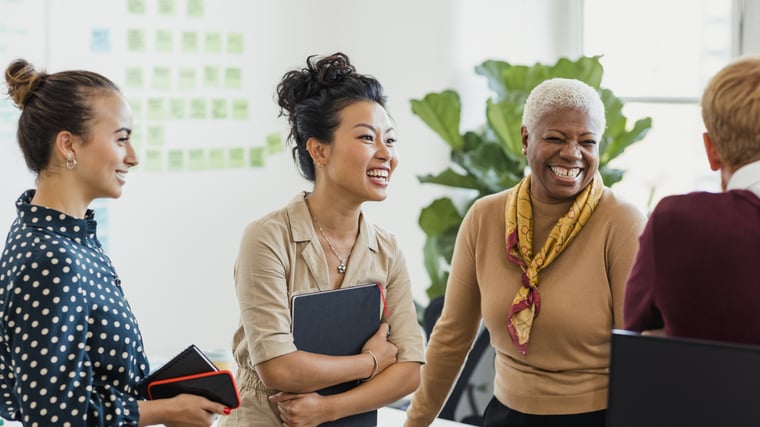 This session offers the latest strategies for building cultures of diversity, equity and inclusion through employee learning opportunities. In this 45-min recording, we dive into the best DEI... 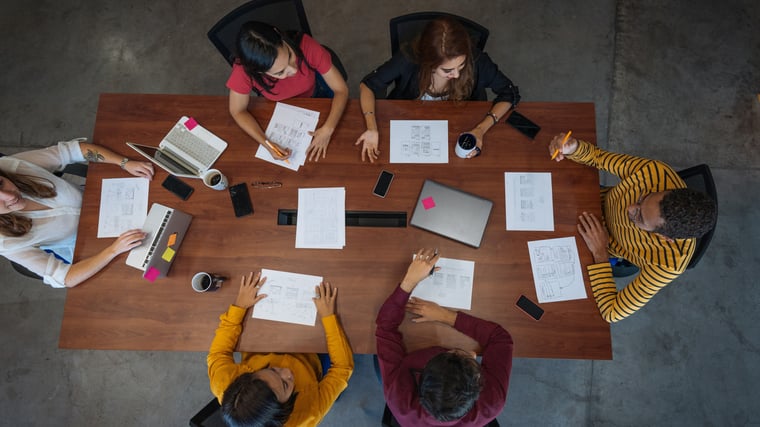 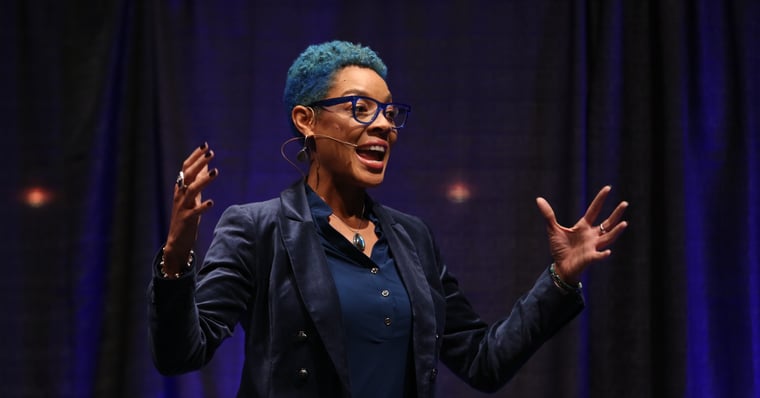 A Conversation about Inclusivity in the Workplace with Dr. Tiffany Jana