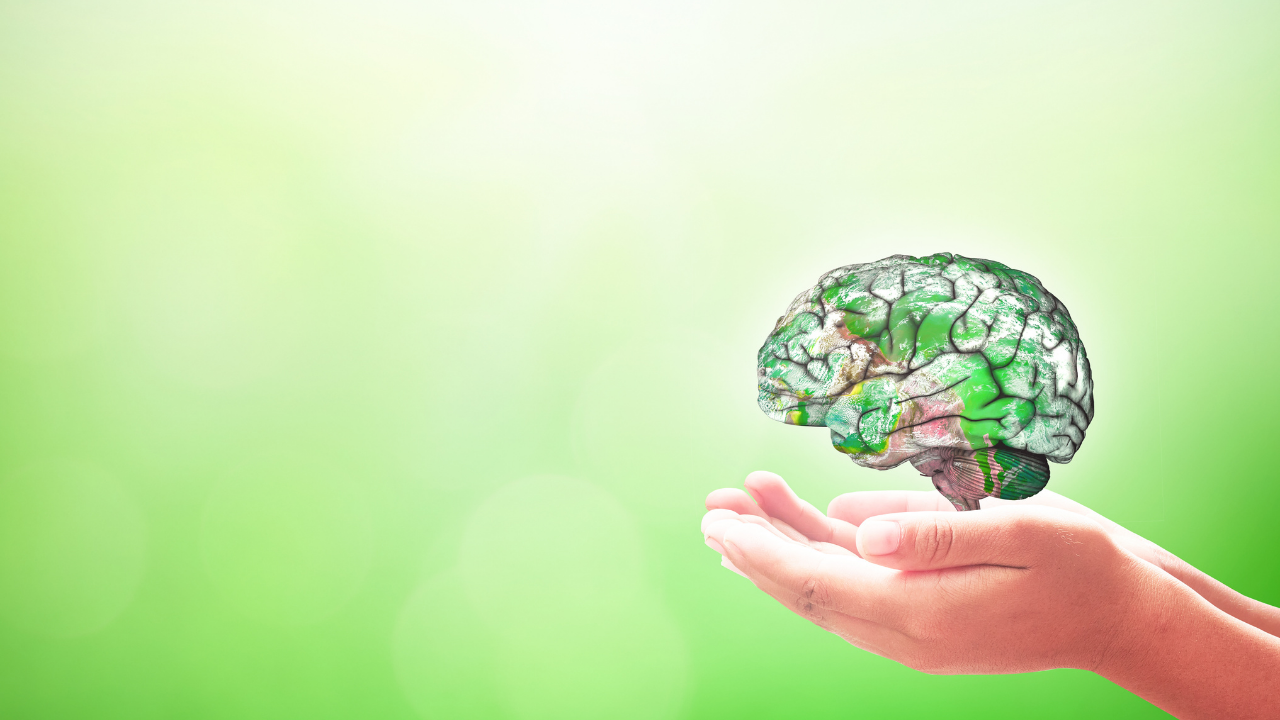 How to Break the Mental Health Stigma in the Workplace

These days, discussions about mental health, its challenges, and its importance, are more prevalent than ever. Yet, despite that, the stigma surrounding the issue remains. That’s likely because looking at such a personal topic head-on is hard. But while it may seem more comfortable to keep a “stiff upper lip” and sweep the issue of mental health under the metaphorical rug, ignoring a problem has rarely, if ever, solved it.

Today, as the occurrence and impact of behavioral-health conditions ballooned during the Covid-19 pandemic, destigmatizing mental health concerns, improving support, and seeking out better solutions is more important than ever.

The effects of mental health in the workplace

So, what is stigma? Often, it’s one of those things that we understand when we see it but struggle to quantify on its own. At McKinsey & Company, they define stigma regarding behavioral health as “a level of shame, prejudice, or discrimination toward people with mental-health or substance-use conditions.” They go on to say that because of this “such conditions are often viewed or treated differently from other chronic conditions, despite being largely rooted in genetics and biology.”

Think about it, how many times in your life have you heard the phrase “just buck up”? People who deal with mental health concerns are often told to “get over it,” or are given the advice to simply “let it go” or exercise more or eat better. Such examples of stigma and minimization can have far-reaching and long-lasting effects. To help us better understand stigma and how it works, here are its three primary forms as outlined by The National Academy of Medicine:

Self-stigma: These are the negative assumptions and stereotypes we internalize. Rather than believing they have an illness for which there are treatments, a depressed person may instead think of themselves as “broken,” which then harms their sense of self-worth and makes it even more difficult for them to seek help.

Public stigma: Sometimes called the “social stigma,” McKinsey & Company defines this as “the negative attitude of society toward a particular group of people.” For mental health concerns, this stigma creates environments in which people with such conditions feel discredited, feared, and isolated.

Structural stigma: Swap “structural” for “workplace” and in either case it this stigma refers to systemic discrimination found in cultural norms and institutional practices and policies. The result often ends with neurodivergent employees feeling like round pegs attempting to force themselves through unforgiving square holes.

The problem with stigma is similar to the problem with other types of discrimination: people who don’t match the majority identity end up facing additional challenges while feeling excluded and invisible. For those with mental health concerns, the consequences can be dire.

The time is now

These are challenging times. And even as we ease our way out of the pandemic era, certain difficulties remain one of which is the lingering effects of prolonged stress and upheaval on mental health. People who struggled before and those who are struggling anew may find their organizations perpetuating stigma while failing to offer enough support.

But, thankfully, on the other side of the pandemic’s upheaval coin is opportunity. We’ve already been pushed to make sweeping changes to accommodate life alongside Covid-19. From a pivot to remote work to reimagining the structure of a traditional in-person workplace, we’ve seen that we can turn difficulty into possibility. Now is the time to do the same with mental health.

Steps to reduce mental health stigma in the workplace

Today’s perception of stigma suffers from a harsh divide. Conducting a series of studies, McKinsey & Company found that while 80 percent of polled employees believed that an “antistigma” campaign would be helpful, only 23 percent of employers actually implemented such a program. Also, while employers ranked reducing stigma at the very bottom of their concerns, 75 percent of employees recognized the presence of stigma at work. The result is a pressing need to dismantle the stigma about mental health in the workplace. Thankfully, building on that research, McKinsey & Company inspires this three-pronged approach:

Perception is powerful. And poor depictions of mental health issues in life and entertainment are widespread. If you tried, you could probably think up a whole list of bad examples from movies, tv, books, and more. Thanks to this, shifting perspectives about mental health is a perfect place to start. Here’s how:

This feels a bit “easier said than done,” but the sentiment is essential, nonetheless. As McKinsey & Company reports, “most employers agree that behavioral-health conditions should be treated with the same urgency, skill, and compassion as other medical conditions.” Meanwhile, 65 percent of respondents with a mental illness and 85 percent of those with substance-use disorders still perceived stigma at work. Clearly, there’s a divide between leadership’s desired outcome and the lived experience of employees. Because of this, we need to take some sturdier steps toward eliminating discriminatory behavior. Here’s how:

Most of the time, mental health issues are invisible. Compared to disabilities or health concerns that are immediately apparent to others, this can lead to skepticism, invalidation, and minimization. After all, no one wears a note from their doctor around their neck declaring that they have anxiety. Yet, a lack of visibility doesn’t make issues concerning mental health any less real. Because of this, we need to counter stigma and ensure the parity of mental and physical health benefits. Here’s how:

How leaders can help

Regardless of where someone falls within a company’s hierarchy, everyone can help dismantle mental health stigma in the workplace. But as with most large and lasting changes, including addressing structural stigma and creating better policies and access to help, success comes from the top. Leaders at every level should take the following steps to improve mental health within their teams:

With the big changes and bigger challenges of the past few years, most of us have come face to face with mental health concerns. Ranging from depression to anxiety to burnout and beyond, whether we dealt with issues personally or worked with or cared for someone who did, it’s hard to imagine anyone who’s gone untouched by behavioral health conditions. Because of this, it’s more important than ever that we bring discussions of mental health out of the dark, break down the stigmas surrounding them, and focus on empowering all team members to manage their mental health in a positive and constructive way. 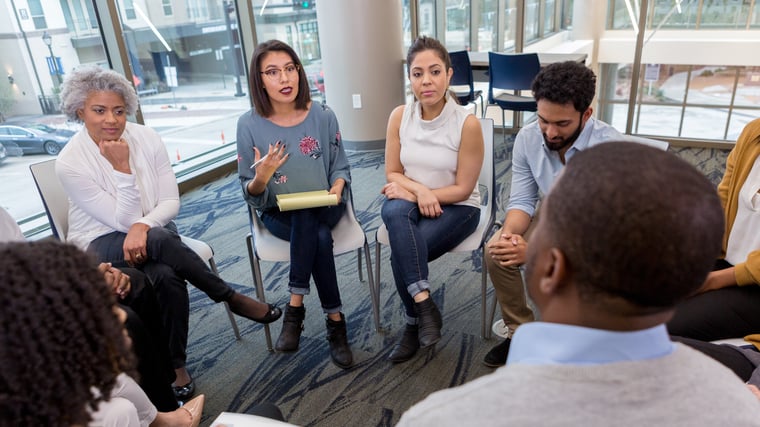 Mental Health in the Workplace: Foundations That Spark Conversations

Do you have a safe place in your organization to discuss issues around mental wellness? If not, you’re not alone. A study conducted by Businessolver reports that 68 percent of employees are concerned... 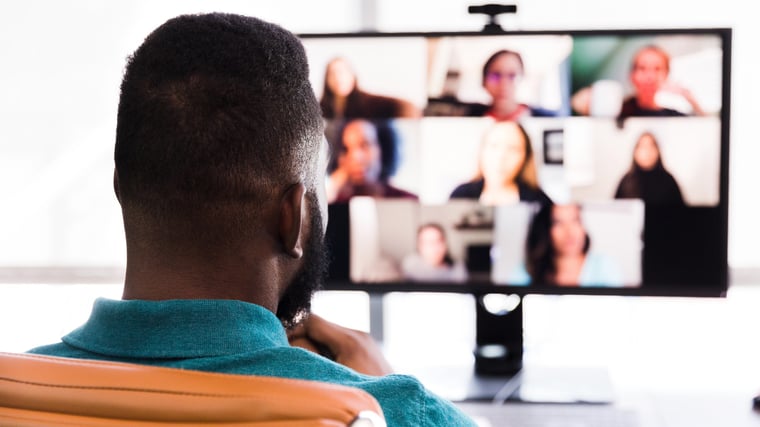 Supporting the Mental Health of Your Remote Workforce

Even in the best of times, striking a healthy balance between work and life can feel like walking a tightrope with no safety net. Introduce remote work into the mix, and what little balance you may...

Learning and leading toward a healthier workplace. In a recent survey, 46% of employees reported suffering from mental health issues. With workplace stress and anxiety on the rise, employee mental...