How to Become an Unconscious Bias Interrupter at Work

We’re often told as children to not interrupt, and many of us have come to associate the word “interruption” with negativity. But what if we didn’t?

Engagement and inclusion aren’t the only positive words when it comes to creating a culture of belonging. They work in tandem with bias interruption to ensure that everyone has a place at the table.

Becoming an unconscious bias interrupter means “noticing everyday occurrences and making sure you speak up.” It’s active. But before you start stepping up and stepping in, consider these four ways bias can rear its head in the workplace:

Prove it again: Some marginalized groups face biases that require them to verify themselves more than others. Their credentials might be questioned, or they’ll have to work additional hours to get the same credit as someone else who works fewer hours.

Walking a tightrope: The range of accepted behavior is narrower for some groups, causing them to constantly walk a thin line of perfection that’s often unreachable.

The maternal wall: Women with children are often caught in a Catch-22 of disapproval for being either too work- or too family-oriented with no happy medium.

Tug-of-war: Marginalized groups often find themselves pitted against each other as a means of preserving the norm and authority of the majority.

The crux is that there’s a difference between knowing about biases and actually doing something about them. And when bias goes unchecked, employees—especially those who are marginalized—may end up feeling like their workplace is unfair.

The cost of bias in the workplace

The consequences of bias against employees are extensive. Consider these:

Burnout: A survey conducted by Harvard Business Review found that team members at large companies who perceived bias were twice as likely to feel sad or angry at work. They were also 1.6 times more likely to feel cynical, and 75 percent reported feeling a lack of pride in their company. And the costs of burnout—especially post-pandemic—have been widely reported.

Disengagement: Teams that don’t feel emotionally invested in their work or company aren’t likely to bring their best ideas to the table. Disengagement is also expensive, costing corporations as much as $550 billion each year. Unsurprisingly, being subjected to bias significantly raises an employee’s sense of alienation and a decrease in motivation and productivity.

Increased turnover: As the Harvard Business Review survey found, employees who perceive bias are a whopping 60 percent more likely to be on the hunt for a new job.

When it comes to bias and its creation of unequal workplaces, awareness alone isn’t enough. Instead, leaders and team members need to put that new knowledge to work by not just noticing bias but interrupting it.

Interrupting bias in the recruitment process

When it comes to countering bias in business, start with hiring. Help build a strong foundation by following these four tips during the recruitment process:

Deepen the pool. You’ll never end up with a truly diverse workforce if you don’t begin by drawing from a diverse assortment of candidates.

Redefine “culture fit” and demand accountability. A “good fit” has long been a coded term for “most like us,” but while specific criteria for hiring are essential, this type of “fit” is outdated and bad for inclusivity. Instead, focus on objectivity.

Limit referrals. If your company has a homogeneity problem, then make sure you’re diversifying where you locate new talent. By focusing primarily on referrals or sources with which you’re already familiar, you’re missing out on differing perspectives.

Focus on the skills. Creating an objective rubric focused on skills can work as an antidote for unconscious bias. Try posing direct questions and evaluating answers on the spot to counter favoritism and similarity bias.

Interrupting bias in the office

Many of the unconscious biases people encounter in their day-to-day work life go ignored by those they don’t affect. For instance, consider "office housework” such as cleaning communal kitchens and breakrooms. While it’s something some leaders may not even notice, women report doing 29 percent more of this side work than their male colleagues. And while who picks up after lunch may seem like a small issue, these sorts of biases have a ripple effect. Try countering these everyday biases with these four tips:

Rotate office duties. Part of this is proactivity. Leaders can fix an unequal cycle of office duties by planning ahead and assigning small jobs rather than waiting for volunteers. Team members can step up and proactively volunteer for office housework. An active approach will stop even passive bias, and when more people step in to interrupt this common unconscious bias, the tides can start to change.

Mind who you pick to lead important projects. Say Tom, a white male employee, is your go-to big project leader. Instead of defaulting to Tom the next time a task comes up, take the time to truly consider team members who might've been overlooked in the past and could bring a fresh perspective to the job.

Be a proactive equalizer. When you sink into familiar patterns, there’s a solid chance you’re falling into unconscious bias ruts at the same time. Consider the team as a whole, try mixing things up from time to time, and make sure to look out for the contributions made by team members at every level.

Speak up and encourage communication. Here’s where the literal interrupting comes in. If you notice bias in action, do something. If your female team members are being talked over, give them the floor. If a person of color’s contributions are questioned, shut down the argument. And if you notice that certain members of your team are always the ones to speak up or voice concerns or ideas, make sure to seek the perspectives of others to counteract their opinions.

Research has found that there are over 150 types of unconscious biases that impact the workplace, like out-group bias, anchoring bias, confirmation bias, and beyond. But while that number may seem overwhelming, being aware of them and choosing to make strides to diminish them can help.

While there’s no way to escape unconscious bias altogether, by making a proactive effort to become a bias interrupter, you can help create a more inclusive workplace. Work on your own biases, speak up when you see others instigating or experiencing them, and create a ripple effect of progress and inclusivity.

Harness the power of microlearning journeys to build inclusive, equitable people leaders. From hiring to performance evaluations to succession planning, your people leaders have a direct and heavy... 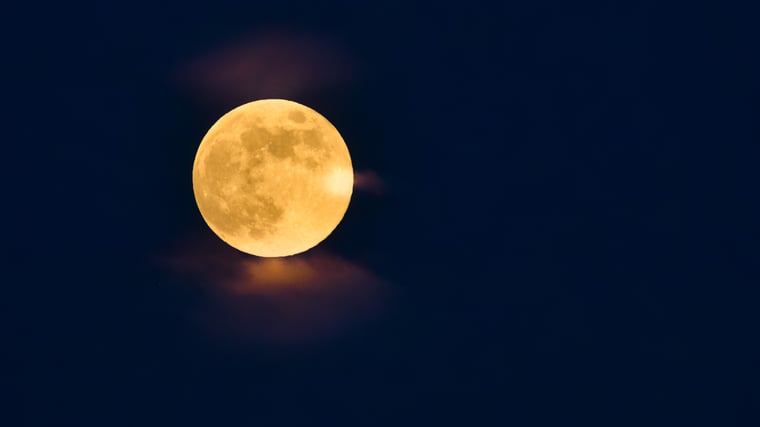 The Power of Moonshot Thinking in Building Diversity, Equity and Inclusion

This blog post was originally featured on The Association for Talent Development website. We’ve entered into a new year, and the painful impact of 2020 remains fully visible in our rearview mirror....