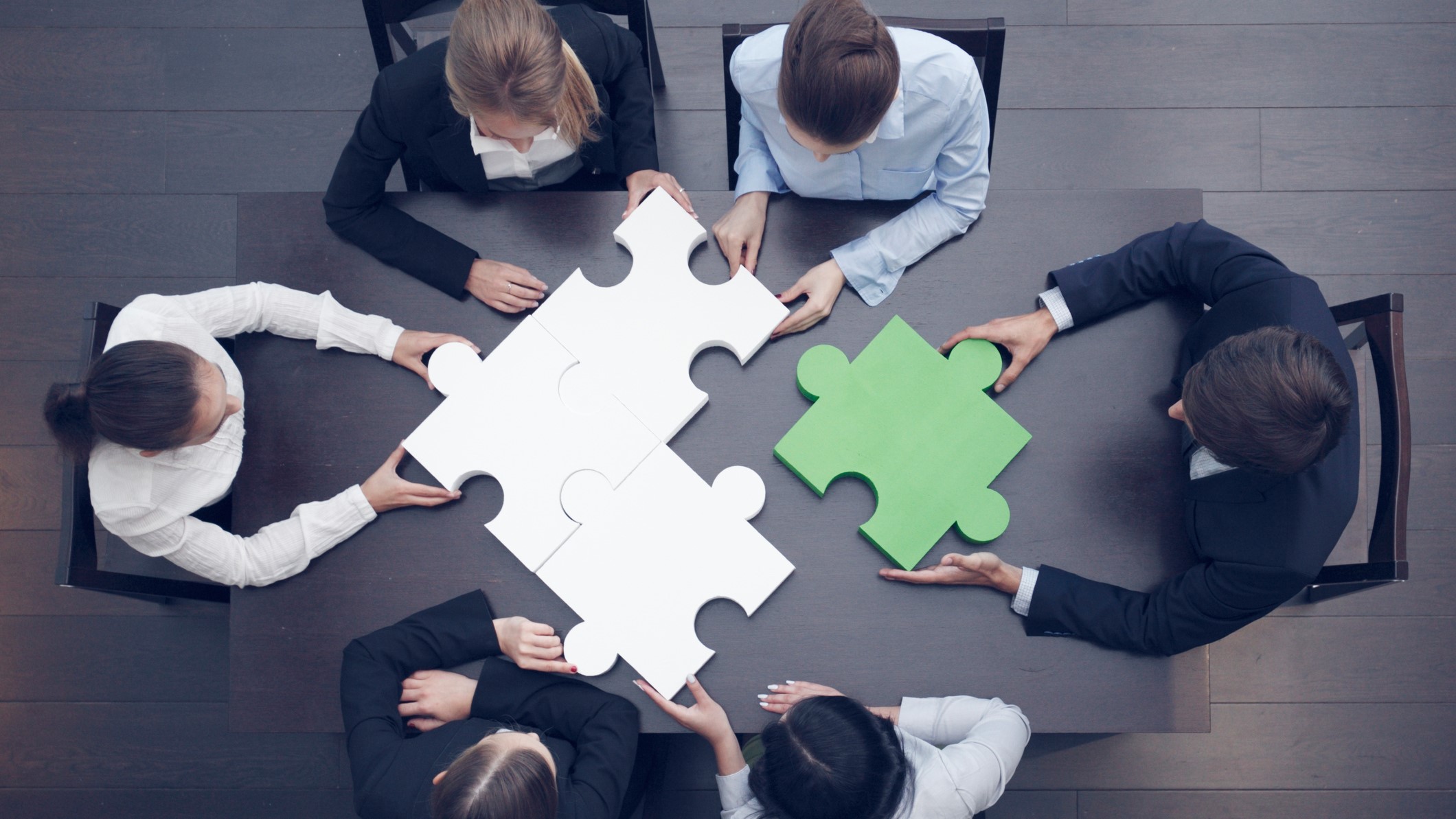 What Does It Mean to Other Someone?

Remember the show Lost? A group of plane crash survivors on a supposedly deserted island discover they aren’t alone. There are others. Eventually, the situation devolves into “us” versus “them.” In real life, the “others” concept exists in our world through group dynamics and the inequity of power.

Othering is defined as “using a set of dynamics, processes, and structures to engender marginality and inequality across any of the full range of human differences based on group identities,” by Stephen Menedian, director of research at the Haas Institute for a Fair and Inclusive Society, and John A. Powell, professor of law and professor of African American and Ethnic Studies at UC Berkeley.

How we select our out-groups

Like two sides of a room, one populated by people like “us” and another with people like “them,” othering creates a divide between known and unknown, same and different, in-group and out-group. Some of those differences, according to educational psychology consultant Kendra Cherry, include:

How we "other" others

Othering isn’t always obvious. It’s often subtle and ingrained, woven into the fabric of societies, propping up systems of inequality that force marginalized groups into small silos. Some ways we make people feel part of out-groups include:

Our brains seek out differences and similarities when we encounter new people. The problem? We categorize those we deem to be like us as more worthy and likable than those who aren’t. This phenomenon is called the “out-group homogeneity bias.” No matter our differences, we all deserve to be respected for them in our shared humanity.

Think of an assumption you’ve made. For example, imagine soup came out to your table cold, and you assumed the chef or server was incompetent. Or, your coworker sent you a long email, and you thought after your recent conflict, it was a rant. In both scenarios, you leaped to a conclusion. Conclusion-reaching without facts is what happens when we “other” people. We see people who appear different from us and then fill in the blanks because of personal biases, generalizations, social and media influences, and lack of education or exposure.

How othering shows up at work

In the workplace, othering happens in subtle ways. It’s not always blatantly ignoring someone. Sometimes, othering shows up as:

Though these acts of othering may seem small and are sometimes unintentional, they can have consequences because of power dynamics.

If a new hire requests their own front-row parking space, how likely are they to get one versus if the CEO asks for their own parking space? Why? Power. Power determines the amount of impact, and it’s no different from othering. If someone within an in-group believes negative stereotypes about a coworker, it can have long-lasting implications in and out of the workplace. It can mean the loss of a promotion or an opportunity to advance, be seen, be heard, or be known. However, if a person from an out-group believes a negative stereotype about a member of the in-group, it has minimal impact and may hurt their credibility.

How do we combat othering in the workplace?

Inclusivity, acceptance, togetherness - all of these have a simple yet effective core: compassion. Despite its effectiveness, it’s one of those things we tend to set aside at work. After all, it isn’t a go-to buzzword like productivity, profitability, or innovation. But the bottom line is that we’re all people. And we want to feel like we belong. That’s why when it comes to ousting otherness, empathy and compassion are the answer. Inspired by Regina Anderson, Executive Director at Food Recovery Network, consider these do’s and don’ts of a compassionate workplace:

Do talk about the work, not the worker. One of the main consequences of othering people at work is letting negative stereotypes color opinions. Check your assumptions and discuss performance instead of the person.

Don’t assume those who are othered feel comfortable calling out their colleagues. People might not feel comfortable speaking up when feeling discriminated against or excluded. Instead of putting that responsibility on them, leaders and team members should openly support a culture of communication, accountability, and psychological safety. Workplace cliques are bad for morale, and poor morale is bad for business. Leaders should keep an eye out for groups that exclude others and encourage inclusivity by building diverse teams.

Don’t push people to talk about their identities when they don’t want to. It’s essential to remember that not all identities are visible, such as religion, ethnicity, sexual orientation, and disability. Because of this, it’s important to stop making assumptions about others and to avoid pushing people to share parts of themselves that they’d rather keep private. Instead, practice compassion, acceptance, and open-mindedness with all people.

Companies and their leaders can create more inclusive and compassionate workplaces by offering regular opportunities for their team members to connect. While all of us are different and have our own identities, we likely have something in common, even with those who appear most unlike us. When we seek out our commonalities, we create a better workplace culture and allow everyone the opportunity to bring their authentic selves to the forefront, leading to more innovative ideas and an improved employee experience. 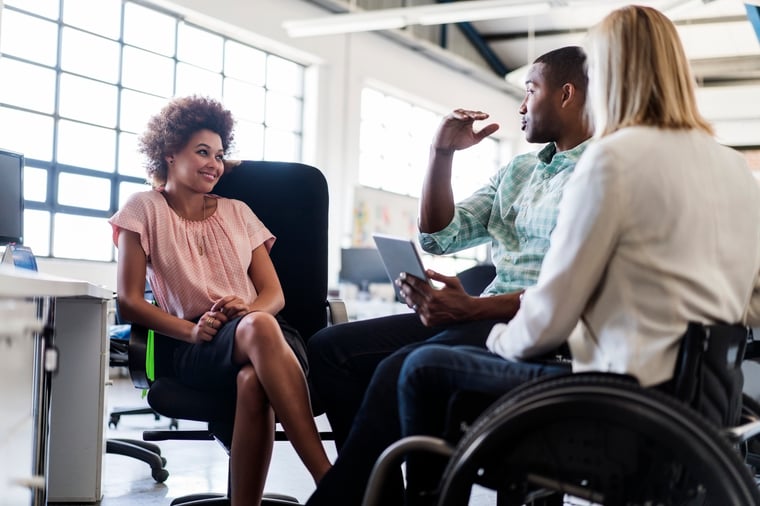 The Language of Disability in the Workplace

According to the World Health Organization, over 1 billion people live with some form of disability, which corresponds to about 15 percent of the world’s population. And yet many of us struggle with... 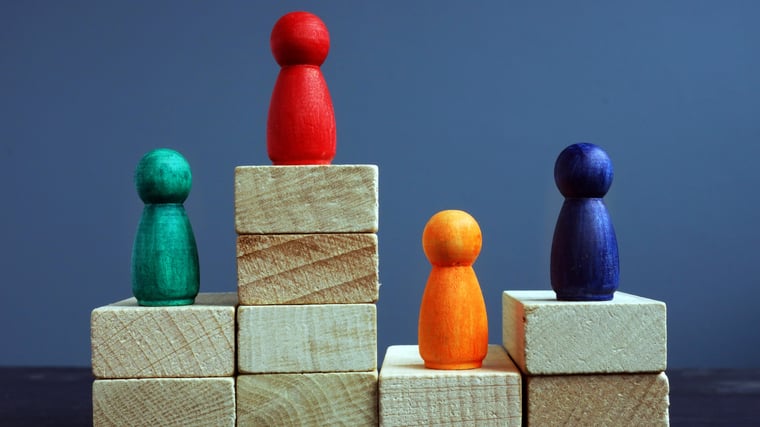 On-Demand Webcast: Strengthening Inclusion and Productivity in the World of Hybrid Work

On-Demand Webcast: Strengthening Inclusion and Productivity in the World of Hybrid Work Duration: 45 minutes After maneuvering the monumental shift to work-from-home in 2020, the new reality of...